The late Queen Elizabeth II: a leader of peace and stability; a mother and grandmother; and an inspiration for us all 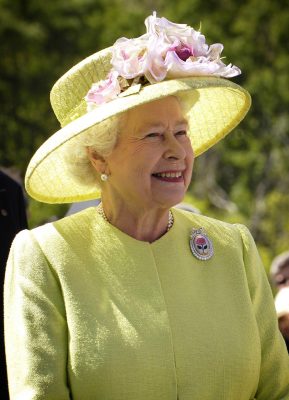 At 96 years old, Queen Elizabeth II was the longest-reigning monarch in British history. At only 25 years old, she ascended the throne and established one of the most successful reigns in any contemporary monarchy. The 20th century witnessed the fall of monarchies throughout Europe, yet the United Kingdom’s royal family prevailed. Not only did Britain’s monarchy survive, its popularity remained within Britain and around the Globe. Although the queen’s death has inspired dialogue and debate around the colonial history of the monarchy and the British government, one thing which is certain is that Queen Elizabeth II was an inspiration to us all.

As the late queen once said, “I know of no single formula for success, but over the years I have observed that some attributes of leadership are universal, and are often about finding ways of encouraging people to combine their efforts, their talents, their insights, their enthusiasm, and their inspiration, to work together”. At the time of her acquisition of the British throne, the country faced societal changes yet she remained a force for national cohesion. Her bright coloured clothing brought smiles to viewers’ faces and her love for her country inspired admiration in others; energizing the British people to build the country into what it is today. The Queen’s ability to set her wants aside to complete her duty to her fullest capacity left people with a sense of security, as she served as a powerful force for cohesion in Britain, and throughout the world.

Queen Elizabeth II personified the idea of a world brought together as a family or community. She is quoted having elegantly said “We may hold different points of view but it is in times of stress and difficulty that we most need to remember that we have much more in common than there is dividing us”. The queen viewed Britain’s place in the world as one centered around connections between people, not solely about businesses, states, elites or monarchs. It is important to note the queen led the country which often exploited, repressed, and denied rights to the people it ruled.  Despite her position as queen, she tended to hold more sympathy with those who would criticize Britain’s imperial past than those who would ignore its history altogether. Her ability to empathize with her critics and suppress the craving for power exhibited in many leaders demonstrates the true inner strength of the late queen and her checked ego.

As many say, those who do not want the position of power are those who deserve it the most. Queen Elizabeth II’s distaste for the role is widely known yet her ability to place her ego aside ensured her success as a monarch. She will continue to be missed for decades by those who remember her. As the world goes on, we now turn to King Charles III for inspiration. As the late queen would have wished, let us look “through this lens of history, and the conflicts of today, to give us hope for the future”.

And as we continue to do our own inner work, throughout our own life journeys, as the late Queen acknowledged, “the waging of peace is the hardest leadership of all” yet “when life seems hard, the courageous do not lie down and accept defeat; instead they are all the more determined to struggle for a better future”.

To find out more about checking your ego and the benefits it generates, visit our blog post ‘Your Ego isn’t bad, you simply need to rethink the I’ on thebusinessplanforpeace.org

Join our growing community of changemakers.

Sign up below to get all the latest news, ideas and events